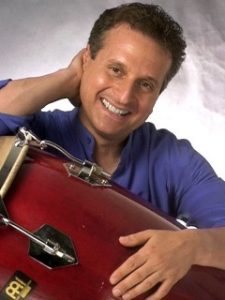 World-renowned Percussionist and Master Drummer Michael Bayard is a native of Flushing, Queens, New York City, where at age 12 he began his percussion career by practicing diligently on a rubber drum pad in his basement. He continued his musical studies at the Juilliard School, where he was accepted on full scholarship at age 15. One year later, he performed his Carnegie Hall debut on solo percussion with the New York Youth Symphony.

At age 18, Mr. Bayard was admitted to the prestigious Curtis Institute of Music in Philadelphia, also on full scholarship. At Curtis, Mr. Bayard rehearsed and performed with many distinguished conductors, including Eugene Ormandy, Leonard Bernstein, Claudio Abbado and Zubin Mehta.

After graduating Curtis, Mr. Bayard headed west when he was appointed as Principal Percussionist with the original Sacramento Symphony, a post he held from 1980 through 1996. During this period, Mr. Bayard performed over 1500 classical, contemporary, jazz and chamber music concerts. He also performed on drum set and percussion with legendary popular artists, including Paul Simon, Kenny Rogers, Tony Bennett, Barbara Streisand, and the late Henry Mancini, Mel Torme, Ray Charles and Frank Sinatra.
In 1994, after his symphony years, Michael launched his company “Rhythm Magic”, a captivating and boldly imaginative percussion program. With 125 performances a year, this high-powered percussion program has inspired over two million students and adults throughout America. Throughout this interactive musical performance, Rhythm Magic enhances self-esteem, confidence and creative expression in young people. In schools, it integrates music with math, science, literacy and social studies. And the Rhythm Magic corporate program is the key to teamwork and harmony in the workplace. Michael Bayard’s Rhythm Magic program has been described as “innovative, vibrant, enlightening, dynamic and energizing”. 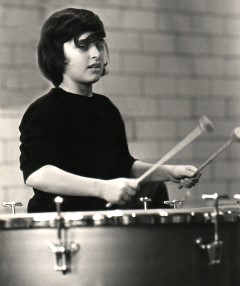 In addition to Mr. Bayard’s performance accolades, he is a composer of original music. His innovative use of sound, rhythm and texture, has pushed the boundary of music composition to its very limit. His music explores the human condition and aims to unlock the mysteries of existence. Mr. Bayard’s original music compositions have been described as “intense and compelling”.

In 1999, Michael launched his record label “Rhythm Magic Records” with the release of “Dream Walker: A Journey Through Time” – a penetrating original composition for four percussionists, that takes the listener from the dawn of time, through the Middle Ages, to the 20th Century, the Apocalypse and a “New Beginning.”
In 2000, Michael began ground-breaking scientific research in the field of vibrational medicine and sound healing. Mr. Bayard continues to perform and facilitate drumming and sound healing concerts with the intent of reharmonizing and healing the body through music, vibration and instruments.
Michael collaborates with a number of intriguing artists. Recently he has combined talents with anthropologist and evolutionary biologist Hank Wesselman in a series of music and narrative programs exploring altered states of consciousness, shamanism and the mysteries of human origins. Michael also collaborates frequently with the magnificent Native American flutist Mary Youngblood. Michael and Mary present concerts of strikingly beautiful musical textures and hypnotic rhythms.
In his personal time, Michael Bayard is known in exclusive circles for his libation and culinary skills. You must try his world-famous custom made Manhattan Cocktail, as well as his soul-stirring and tantalizing “Bayard’s Beef” hors d’oeuvres.